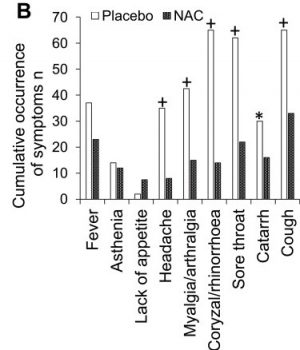 NAC study has developed several key features to help combat the COVID-19 pandemic. One of these features is its ability to inhibit the replication of RNA viruses, such as the novel coronavirus (SARS-CoV-2). This is achieved through the suppression of a specific pathway called NF-κB within host cells. Inhibition of NF-κB has been shown to significantly reduce the replication rate of human coronaviruses (HCoV-229E).

NAC has been demonstrated to effectively inhibit NF-κB and the replication of human influenza viruses (H5N1, Vietnam/VN1203 strain) in human lung epithelial cells in a dose-dependent manner. It has also been shown to reduce the production of pro-inflammatory cytokines, which helps to reduce the chemotactic migration of monocytes. In addition to its effects on influenza and coronaviruses, NAC has also been shown to inhibit the replication of other viruses, such as HIV and respiratory syncytial virus (RSV). This suggests that NAC may have the potential to inhibit the replication of SARS-CoV-2 as well.

N-acetylcysteine (NAC) may have the potential as a direct inhibitor of SARS-CoV-2, the virus responsible for COVID-19. The main protease (Mpro) of SARS-CoV-2 is required for viral replication, and researchers have been working to develop inhibitors that specifically target Mpro. Zhang et al. have designed a small compound called 13b that can efficiently inhibit SARS-CoV-2 replication in human lung cells, but it is likely to be several years before this compound is ready for clinical use. Another study suggested that NAC may bind to the active site of Mpro, potentially inhibiting its protease activity and viral replication.

NAC also has immune-modulating properties that could be beneficial in the fight against COVID-19. It has been shown to change the redox balance within neutrophils towards a reduced state, which suppresses NF-κB activation and modulates cytokine production and chemotactic signals. When taken daily at a dose of 600 mg, NAC has been shown to reduce rates of oxidative burst and chemotaxis in neutrophils from healthy volunteers. It can also inhibit monocyte chemotaxis in clinically achievable concentrations. At higher doses of 1200 mg, oral administration of NAC has been shown to significantly reduce oxidative bursts from neutrophils in response to stimulants, while not compromising other functions such as phagocytosis and bacterial killing. These findings suggest that NAC may be effective in reducing the production of reactive oxygen species (ROS) in neutrophils without impairing their ability to phagocytose SARS-CoV-2.

The Z-DTox formulated by Dr. Vladimir Zelenko is a dietary supplement that contains NAC, or N-acetylcysteine, as one of its ingredients. NAC is an amino acid that has been shown to have a number of potential health benefits. Z-DTox is designed to be taken daily as a supplement to support the body’s natural detoxification processes. It is made with high-quality ingredients and is manufactured in a GMP-certified facility to ensure safety, potency, and efficacy. 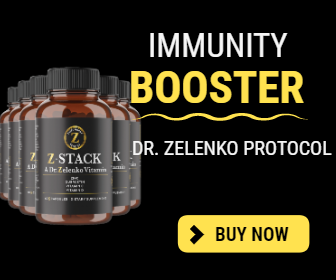 Covid Deaths – New York and Florida Over the Past 14...